Members of the 7th Regiment of Foot (Royal Fusiliers) prepare their muskets for battle. 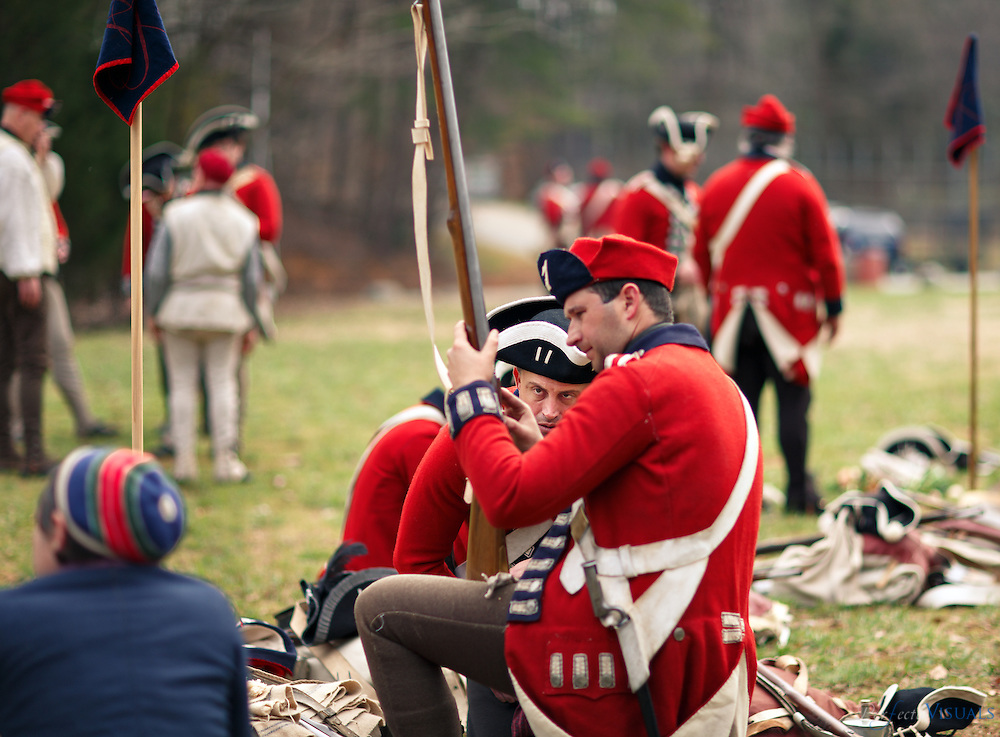