Continental Regiment. James Fuller, a swabber for the Kingsbury NC Artillery Company, is surrounded by a fireball as the cannon fires during battle. 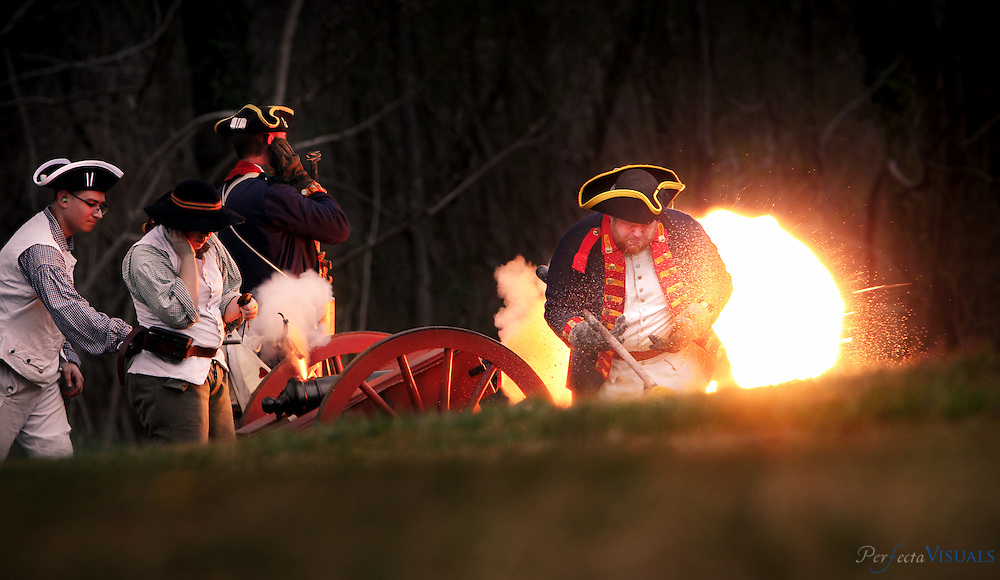