The face of sergeant Kevin Webster of the New Jersey Light Infantry regiment is seen surrounded by the sparking flint and muzzle blasts as Continental troops fire on the British. New Jersey was portraying Delaware light infantry that was in the actual battle. 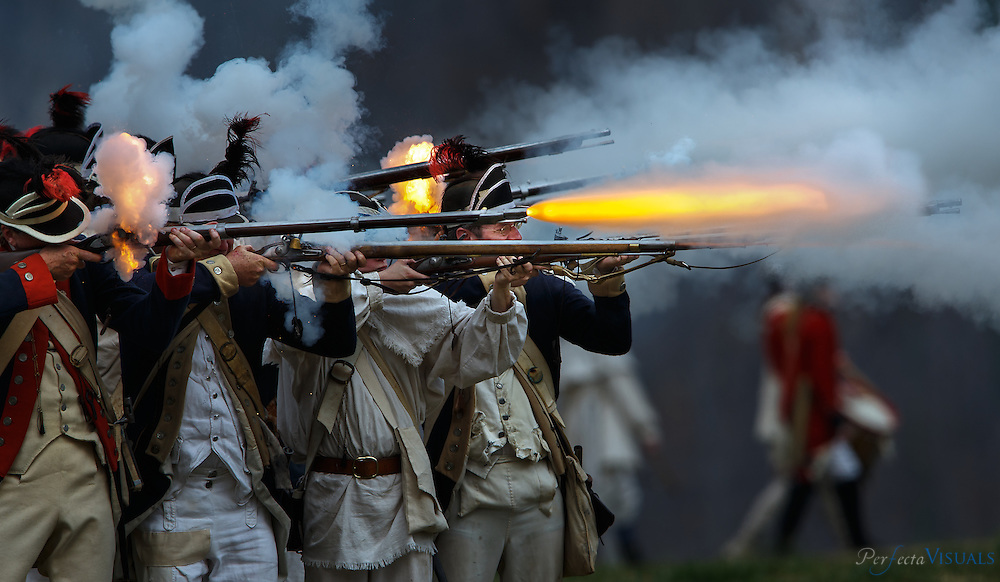