Ruben Sanders leaps from his seat in excitement as he and his classmates learn that they have all been awarded bicycles during the event at Gillespie Park Elementary School in Greensboro.

Bikes For Kids Foundation, a non-profit based out of California, teamed up with six sponsors and Guilford County Schools to give away anywhere from 50 to 100 bikes at six Title 1 schools. A total of 455 bikes were given away this week. Bikes For Kids Foundation expects to continue the bike giveaway next year.
When completed, a total of seven schools and 505 bicycles will be awarded. 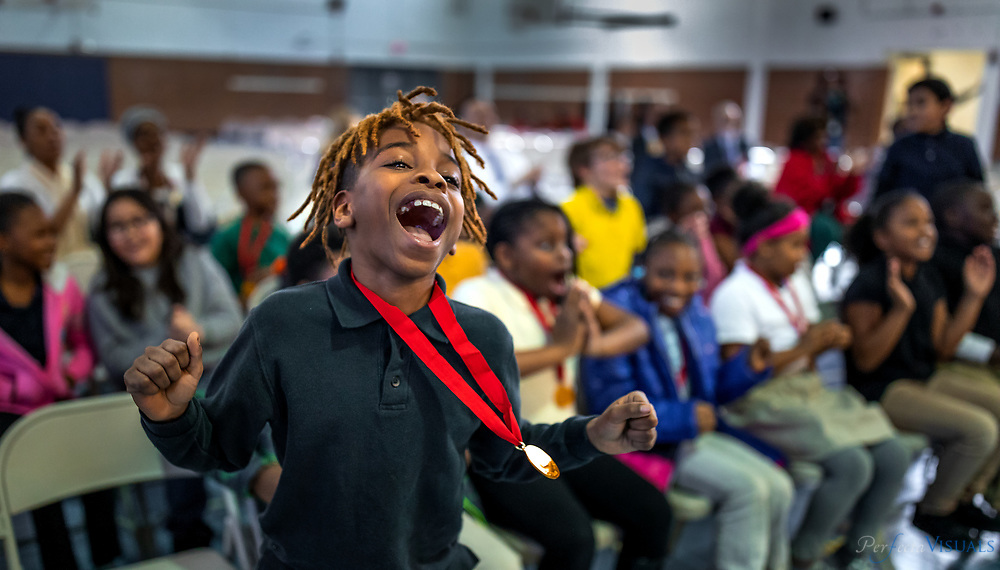