James Earl "Jimmy" Carter Jr. (born October 1, 1924) is an American politician who served as the 39th President of the United States from 1977 to 1981. He previously was the 76th governor of Georgia from 1971 to 1975, after two terms in the Georgia State Senate from 1963 to 1967. Carter has remained active in public life during his post-presidency, and in 2002 he was awarded the Nobel Peace Prize for his work in co-founding the Carter Center.

Habitat founder Millard Fuller called Charlotte “The Miracle on 19th Street,” and comedian Bob Hope was among the volunteers who came to build 14 houses in Charlotte's Optimist Park area. This marked the first year the project was held in tandem with a worldwide Habitat House-Raising Week, in which an additional 300 homes were begun.

The Jimmy & Rosalynn Carter Work Project - formerly the Jimmy Carter Work Project (JCWP) - is an annual home building blitz organized by Habitat for Humanity International and its affiliates. It generally takes place in the United States one year, and an international location the next.[1][2] President Jimmy Carter and Rosalynn Carter helped Habitat volunteers renovate the 19-unit building, and media coverage brought attention to Habitat, which had been founded in 1976 in Americus, Georgia, a short distance from Carter’s hometown of Plains, Georgia.[3] Even though President Carter has said repeatedly he never intended to start an annual project, the following year the Carters returned to the same site to finish the renovation work. On Oct. 10, 2013, as part of the 30th annual project, the Carters returned to the building and met with families living there.[4]

By 2013, the Jimmy & Rosalynn Carter Work Project had helped more than 3,800 families move into safe, affordable shelter in 14 countries. Over the years, more 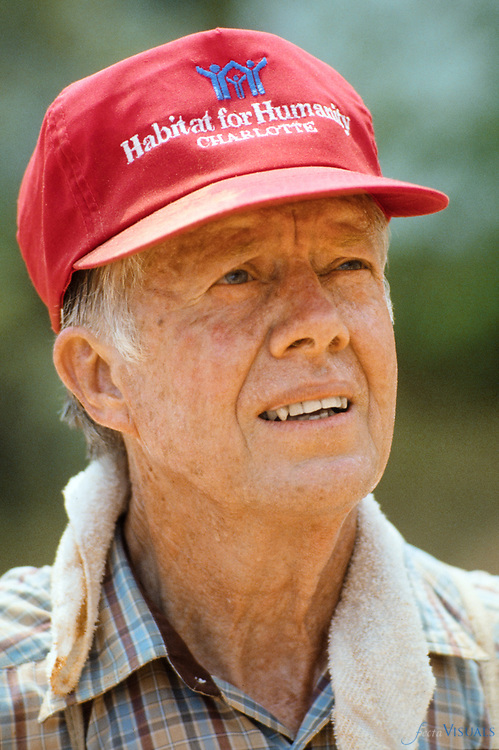