Mark Dappert, left, drills with members of the 7th Regiment of Foot (Royal Fusiliers) as they prepare for battle. 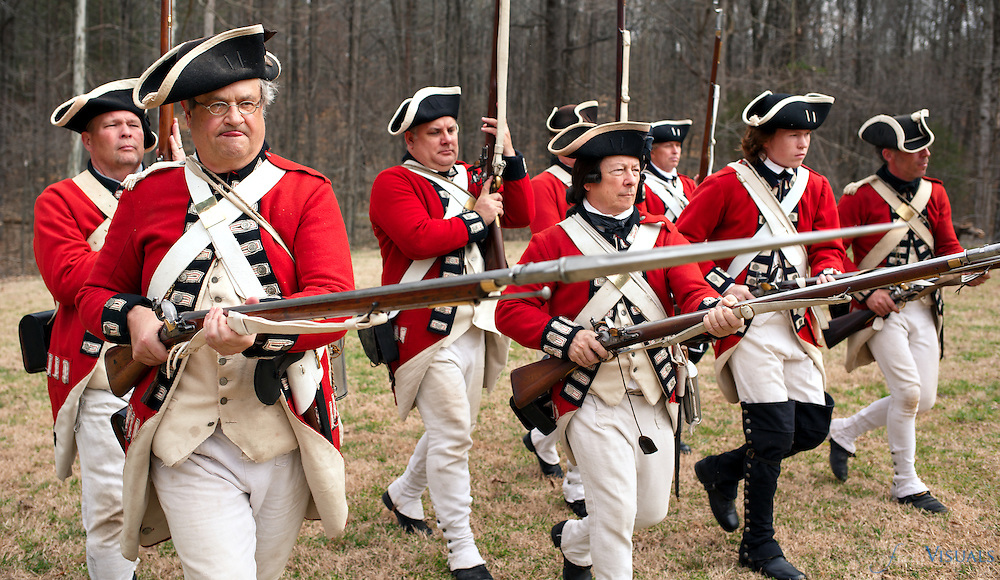